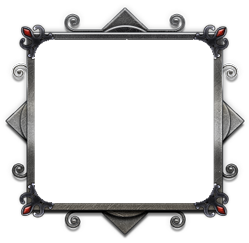 =What is Vit Kanin=

The County of Vit Kanin, formerly known as Broadbridge, is a county within the duchy of Silverbrine in the eastern most part of Fortuna. Vit Kanin's niche is trading and defense. The theme song for our county is TheFatRat & Alan Walker feat. Laura Brehm - Monody.

=The Meaning Behind The Name=

Rabbits are not only the native species of Vit Kanin, but also a sign of luck for all. The flag of the Kingdom of Fortuna features a white rabbit (as well as a shamrock). Therefore, Vit Kanin is a very appropriate name. We hope that you will follow the lucky rabbit right to your new home!

=How We Will Operate=

We will foster an environment of ingenuity and excitement for all players. We will allow freedom for mayors, barons, and civilians for individual growth and achievement. At the same time, we will work together to promote trade and development. Since we are on the border, we must remain unified against any adversaries. Part of this will entail strengthening our defenses.

=Who We Are Looking For=

As a newly claimed county, Vit Kanin is currently looking for mayors and barons to be seated in any open settlements. Mayors and Barons should be able to communicate effectively, work well with others, and take individual initiative.

Vit Kanin is a shrub steppe biome. It is an arid grassland. While this ecosystem is not a desert, it does have hot summer temperatures. Winters are mild. It has little rainfall, but still enough to support grass and shrubs as well as a few small trees. While there is not much rainfall, there are a good many freshwater lakes and rivers. Vit Kanin is located to the far east of the Kingdom of Fortuna. It is south of the duchy of Deoch and north of the Kingdom of Bordweall.

Nice I like it, look forward to visiting someday.

Name just got approved and is official .