The Duchy of Tenebrae is situated in a biome consisting of Woodland Savannah, Swampland, and lesser amount of Tropical Wetland. The 2 main tribes are Toresk and Dras, with some Neran and Janoa minority squeezed in. We are a part of the Kingdom of Bordweall, on the NA-East Server.

When it comes to role-play, I would personally say we fall on the light-moderate scale. Each County will decide on their own as to precisely how RP-oriented they will be.

The Duchy of Tenebrae is a diverse domain teeming with opportunity for those with the will and drive to grasp their own future by the ear and shout, "I will ensure that you shine brighter than the very stars!."

Whether you live by the sword, the pen, the plow, the hammer, or the lock-pick, The world is your oyster.

Although you would be most certainly be sent to prison if you are caught trying to lock-pick or steal someone else's oyster. In that case, the prison is now your world.

First, I will speak of the marvels of the Woodland Savannah. Rugged pioneers who find themselves attracted to this hardy region and take the journey there will soon be surrounded by trees just waiting to be cut down and converted into houses and tools of civilization, herds of wild animals and large swathe of luscious land for them to graze upon, rivers and lakes swarming with schools of fish, and fearsome natural predators attracted to this wild yet bountiful territory. And perhaps, just perhaps, we will one day add gold and gemstones to the list of this region's natural bounties. For why else would the gold-loving Toresk be so drawn to these lands, if not for the alluring scent of riches beyond their wildest dreams?

And you, what is your role in this land? A fearless tamer of deadly predators, hell-bound on taming them all? A morally ambiguous and shrewd trader of wares, with grand visions of sprawling caravans and grandiose fleets? A stealthy hunter of grand preys, eyes on the prize and always prowling for the next hunt? A axe-crazed chopper of trees and bane of forests? Only time will tell.

Civilization is already budding in these wild lands, through the sweat and blood of countless pioneers of old. The pioneers of today must rise up to the occasion and further expand upon the paths lay fourth by their forebearers, or else Nature, o'savage yet wondrous Nature, will reclaim all that is rightfully hers, with the blood of pioneers as her dividend.

The Swampland, overran by death, rot, decay, contamination, poison, yet filled with diverse resource and exotic flora found in no other biome. With its unique black mineral, abundant bog iron, exotic wood, and rare flora, economic opportunity throws itself at one specific tribe. The Dras. With total immunity to all known diseases, the Dras flourishes in this deathly biome and are well-known for both their unique craftsmanship and their advancement in the field of alchemy.

For most, the Swampland offers little more than the promise of bitter death and creeping decay. But for the adaptive Dras, the Swamp offers a solemn home from which they can hone their skills, produce their unique workmanship, and brew sophisticated potions using flora few can access.

Adaptive, unyielding, grim, yet also stunningly altruistic. The Dras are devoted to the belief that their duty in life is to seek balance. Their culture centers around community and charity. Donning their unique jet-black armor and jet-black blade, the Dras dislike conflict but will fight for the balance of the world and for their people's future.

We now take a look at the Wetlands. Fertile and lush, the Wetlands is the very Cradles from which the grandest of Civilization is born from. Sinkholes are an environmental hazard, and drought and flood are periodic concerns, yet the nature of the wetlands leads to an environment which is rich in cultivatable land for both wet and dry agriculture.

The Wetlands is both rich in food and difficult to besiege, leading to a society that flourishes in culture and trade. The many waterways of the Wetlands allows large amount of goods to be transported readily, resulting in trade becoming an important part of Toreskian society.

The Wetland Toresks are a people centered around farming, fishing, trading, and social mobility. Their people are natural diplomats, merchants, bureaucrats, and shipbuilders. The Toresk are also well-known for their Banks and strong yet flexible cloth armor engineered from a field of alchemy known only to themselves.

The Wetlands is a biome for those who seeks culture and society. It is for those who wish to work hand-in-hand with civilization at their back and call, and to climb to the very top of the social ladder.

The Economy and Deviancy

I personally advocate for free trade and capitalism, assuming the fortune of the merchant doesn't result in the misfortune of the common citizen. If the merchant in question somehow manages to acquire a monopoly and then uses said monopoly in a detrimental manner, then the government will have to start cracking down on this monopoly. If a monopoly somehow proves itself to be economically beneficial and doesn't take undue advantage of the citizenry, than I have no issue with it.

Next, deviancy. Regardless of what I say, there will be deviancy. And deviancy does add spice to the world. I'm not against deviancy, assuming it doesn't take away from the game-play of others too much. Still, since the whole purpose of the government is to protect the people, all crimes will be punished. At the Duchy level, something like thievery will be considered a lesser crime, while banditry and pk is a very severe crime due to it's impact on the lifespan of other players. Gist of it, if you get caught committing a crime, you can expect to be punished accordingly to the severity of your crime. 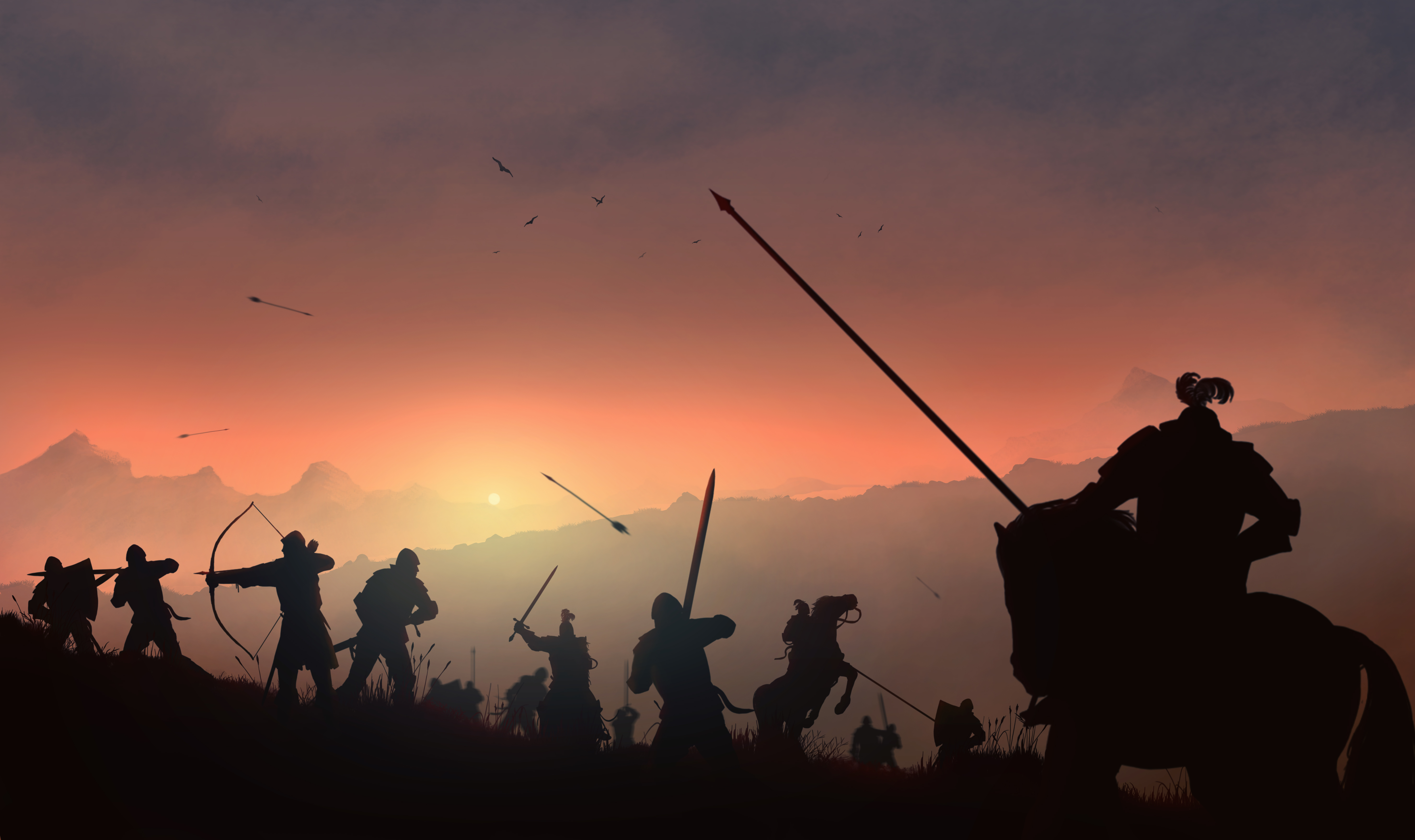 Each biome and tribe is unique. This results in different strengths for each region. The Savannah Woodland may produce some of the best cavalry and combat-capable beasts, while the Swampland may produce very effective guerrilla infantry in the form of the Dras, who wear jet-black equipment and coat their weapon in poison. The Duchy aims to emphasize on these strengths whenever possible. However, in the end, it will be the Counts, Barons, and Mayors who has the final say in how they wish to arm their own retinues.

The Counts, Mayors, and Barons will maintain their own garrison and retinues, to be called upon during war. However, the Duchy itself will also keep a mobile standing army at all times. The main distribution of this force will be Heavy Calvary, Light Calvary, and Calvary-Archer. The mobile nature of this army would allow it to efficiently patrol during peace-time and quickly respond to surprise incursions if needed.

There will be a rank/grade system for the military. However, further info concerning the military aspects of the game is needed from SBS before I can proceed further.

The Counties of Tenebrae