The scholars in the grand Virtori universities to the south have long vexed me. Their grandiosity and crass ostentatiousness have always seemed to me starkly at odds with their self-proclaimed dedication to the truth and scholarly purity. That said, much as a sow will occasionally unearth a truffle from the mud, so too do the pompous Neran collegiate produce an idea worth considering - once a decade or so, perhaps. I digress, however. You did not come here to listen to old squabbles resurfaced.

One such idea worthy of consideration is the following, posited by the great thinker, Jaim Thacknell. You may recognise the name. In his Theorum Vacilitus, he wrote;

"Any thing which possesses an opposite - which is to say, all things - contains within itself the seeds of its adversary. Can it not be said that life's great sorrows, in their depth and profundity, shape, and even create, life's grand joys? Light, in its illumination, creates and deepens the shadows that are its enemy. In a very real sense, the possession of an antithesis is the foundational property of existence. From love, comes hate. From the soil is birthed the sky. From water, the flame."

Thacknell's writings, even for their time, were at times mundane, often prosaic. I believe that in this section, he was attempting to reconcile the old argument of whether the spiritus or the corpus - the soul or the body - preceded the other. His argument was that they were each the opposite of the other, and the existence of both cannot be separated from the other. Their very opposition to one another, he went on to claim, is the foundation of their existence.

Metaphysical hodgepodge, of course. Utter nonsense, and repeatedly refuted by every scholar with a pen since. And, I am sure you're wondering, utterly irrelevant to the field of alchemy. Why, then, do I mention it?

Despite the glaring faults in Thacknell's reasoning, one line has always remained with me throughout my career as an alchemist. "From water, the flame". Such an obvious falsehood, no? A blatant contradiction of the principles of natural philosophy.

Or so I thought, until the time of the Searing Plague.

As you know, demand for reputable scholars of alchemy and medicine - the two disciplines were considered more distinct in those days - was enormous. Confidence that a cure could be found in short measure was high. That confidence was short lived.

As I traveled the lands, attempting to learn what I could of the sickness, I bore witness to things wondrous and terrible. Most crucially, I learned of the water, and of the flame.

In the town of Hoyszek, I witnessed the peasantry advance on the manor home of their lord. Ensconced within, hoarding the last of the town's food, Baron Davish planned to wait out the searing death of his townsfolk. I saw the mann closest to me, garbed in the aprons of a tanner, bring a bottle to hip lips. The smell of strongest drink stung my nostrils. I saw the muscles in his face, his neck convulse as the liquor coursed into him. I then saw him relax, the warmth climbing in his cheeks. From water, the flame. The tanner took an oily rag from his apron pocket, stuffing it into the bottle. A tinder-box followed, the tanner striking orange embers into the dark night. His arm arced, the bottle tumbling through the air with balletic grace. Crashing through Davish's window, where the bottle struck, a plume of fire erupted. That night, the heat of the flame razed the manor house to its foundations, the last of the town's food with it.

From water, the flame.

As I rode through a mountain pass, I encountered a crowd jeering at one of the infected, locked in a cage. Screeching madly, the plaguebearer threw himself at the bars, desperately vying for freedom. From speaking to the crowd, I discovered that this was the last of the infected in their village, and that he had hidden his illness from the rest to avoid exile. His punishment was to be left here, caged like an animal, until the Searing Plague burned the soul from his body. In a last, desperate act of rage and spite, the man gathered himself and spat at his taunters. Flecked with the saliva of a desperate, dying man, the villagers descended on the cage with sticks and rocks until nothing was left but a bloody smear on the earth. When I next passed that way, the village was empty of the living. Only the seared, flayed corpses of the residents remained. The last defiant expectoration of a dying man had done its job.

From water, the flame.

We learned so much of medicine, of healing, in this time of sickness. The plague, in its unthinkable destruction, shepherded today's age of creation. My own contribution to the fields of healing was born of this time. In witnessing so many conflagrations cleanse the land, I was led to discover the property of applying fire to medical instruments to cleanse them, to make them safe. From flame, the waters of healing.

Remember the time of the plague and what it brought. You carry with you the flame now - I pass it to you, with a warning. Do not grow complacent, lest your complacency foster great upheaval.

The conservative minds of the Virtori halls burned Thacknell at the stake for his ideas in the Theorum Vacilitus. Too close to the heretical ravings of the followers of the Two-Fold, they said. Dangerously close to equating the Vices and Virtues with one another.

I was there when they burned him. I saw the acrid smoke blot the sky, smelled the burning of his flesh and hair, heard his screams.

What I also witnessed, as the flames from the funereal pyre seemed to lick the very firmament itself, the smoke seemed to resolve itself to clouds. As Jaim Thacknell burned, it began to rain.

From the flame... Water.

Always keep your words soft and sweet, just in case you have to eat them.

Thanks for reading, anyone who got this far! I wrote this to get back into writing creatively after a bit of a dry spell. I hope you enjoyed. :)

Always keep your words soft and sweet, just in case you have to eat them. 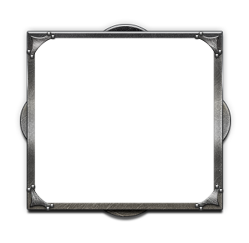 I love such writing and will store that for my library. Even if fire is born out of darkness and death, according to the Qin, it is obvious where it exists, by what it is nutrated and what it effects. May this text inspire further alchemists.