As the tribes of Elyria count down the months to the Longest Night, each prepares for the coming winter in their own unique way. The Brudvir spend their Winterswatch fortifying their holdings against winter and the threat of raids, while the Kypiq ward off the Sunsleep with raucous displays of light and festivity. The Hrothi observe the coming of the Longest Night by recognizing the virtue of charity; providing gifts, packaged together in a bundle to be opened one at a time. Sometimes simple, but often quite elaborate, these packages contain all the seasons’ small gifts, cunningly stored together.

We hearken to this tradition with the Elyrian Longest Night Calendar. Inside each calendar-shaped gift-box is a collection of 18 different items, one for each month of the three-year long, Longest Night. Items in the box are composed of a random assortment of past promotional items, including some higher ticket items. In addition, each gift-box contains three unique items, only available in the Longest Night Calendar![1]

Beginning Wednesday, December 11th and going until Tuesday, December 31st, each Longest Night Calendar held in the inventory of an account with an Elyrian Package or higher will deposit an item into the user’s inventory every Elyrian month (every 28 hours) with a value ranging from $6 USD to $30 USD, while each Premium Calendar will deposit an item ranging from $10 USD to $40 USD. If a calendar is purchased after the start of the event, all unclaimed items from the gift-box will be deposited into the holder’s account during the last opening on the eve of December 31st.

As a final note, there’s no limit to the number of gift-boxes that can be held in your inventory, and both the items found inside the box, as well as the gift-boxes themselves are all giftable!

Note: Each box contains a limited number of items. Transferring the box to another does not replenish any previously “opened” items.

The Season of Gifting

'Tis the season of gifting! We’re pleased to announce that Gift Cards will once again be making their way to the store on Friday, November 29th and will remain in the store until December 31st before returning to hibernate in the vault.

Thank you for an awe-inspiring 2019 Kickstarter-versary!

Announcing the Settlers of Elyria Event!

The concept of purchasing an item with an heir of mystery to it is not new. It's seen in everything from Easter eggs to Advent Calendars to Collectible Card Games. And there's nothing inherently wrong with it. There's a feeling of excitement to opening up something to discover what's inside. And when done with honesty and integrity, can be a fun and enjoyable experience.

This year we decided to create the Elyrian version of an Advent Calendar, offering an approximate 1:3 ratio of cost to value (on average) to ensure that no matter what came from the calendar it was something worth the cost people paid for it. In addition, we're guaranteeing three new items that are themselves worth nearly half the price of the standard calendar.

Our intention is that people either buy the calendars for someone else, so they can experience the gift of receiving a unique item each day, or that they buy them for themselves, enjoying the daily surprise, keeping the individual items or using them as stocking stuffers for others.

In the interest of ensuring people could make an informed decision about whether the experience of getting the items was worth the value to them, we've disclosed the minimum and maximum value of each item in the box, the combined minimum value of every item in the box, and now even the average. So at this point, it's up to each individual to determine whether there's value for you in purchasing these.

We appreciate our backers and players. You, the community, have been our steadfast supporters and we aim only to entertain. Our goal for these calendars is to create a fun and exciting opportunity to send and receive gifts that come with an air of mystery.

Regardless of how you feel about the Longest Night Calendars, we hope you receive plenty of gifts from within the community, and from us to you, we wish you a heartfelt happy holidays!

I kinda feel disappointed. I know this might be a bit different then a "loot box" but it's not strengthening the community and not building out the world. It just feels like an empty gift. Like when someone buys you something expensive but then another person knits you some thick socks. Sure the expensive thing was nice for a few days but I still have the socks my mom made for me long ago. This feels way to corporate for a season that's supposed to bring people together both in game and across the world. Maybe just give everyone a basic calendar not even with items in it but with photos of the team in seasonal attire with captions and funny supprises. Something that can't be bought or sold or traded. Nothing that has any real value to it except to show us the team we all believed in from the beginning.

I think the defining difference this time is that: previously I’ve purchased things that I want to use in game, and some of them have had surprises attached (the rare ingredients, for instance). That’s all well and good, I got what I wanted, the rest is unimportant to my transaction. This is a pile of mystery items that, while given an arbitrary monetary value that promises the sum total to be higher than the purchase price, without knowledge of even what MIGHT be in the box you can’t tell me that the items received will carry the same value for every player. Were I to purchase this and not find value in the items, I’d be disappointed. That’s the gamble.

This is a holiday sale. Loot boxes are a form of gambling in that you might get something worth less than your purchase. All of these items are worth more than the purchase total. It's just another form of a sale, made into an game-themed advent calendar, for people who were going to buy things on sale, regardless. They hadn't promised anything at all, so if you're uncomfortable with them, don't participate.

If these are the "loot boxes" that you're afraid of, I'm not sure what to say.

If these are the "loot boxes" that you're afraid of, I'm not sure what to say.

In video games, a loot box is an in-game purchase consisting of a virtual container that awards players with items and modifications based on chance. -Source whatis.techtarget.com/definition/loot-box

Is that not what is described by "Items in the box are composed of a random assortment of past promotional items, including some higher ticket items."?

If you need more info on why this concerns some... -Google Why do gamers hate loot boxes

To me personally, it's meh... but why flirt with it? Anything remotely close to lootboxes/pay to win/community favoritism etc etc should be avoided like the plague but here we are...

You literally released a sketch picture of animals from a while back (which is completely subject to change), and then released loot boxes an hour later as a promo. Wait sorry I mean my 75-95$ Christmas calender. Judging by some of the comments, at least I'm not the only person who was unhappy.

The calendars are literally you doubling + the amount of money you spent. It’s not a loot crate because you aren’t losing money with the chance of hitting it big. You’re getting a bunch of items worth more than what you paid.

Wow thanks for describing what loot crates are. The value you get out of it doesn't change that it's a loot box.

Whats with the Loot boxes, oh i am sorry i mean Longest Night Calendar Mechanics, can we see what we could get at least.

It's not April 1st. This level of joke isn't funny right now. This is a joke, right?

It's not April 1st. This level of joke isn't funny right now. This is a joke, right?

Why would this be a joke?

Will each calendar box of the same value have the same items as other calendars of that value? E.G. Player 1 and Player 2 both buy Premium Calendars. Do they get the same items?

EDIT - The FAQ was posted as I wrote this. Never mind.

We will continue to add to this as questions (and their answers) come up! Most of these were collected from you, our community. Keep asking us questions and we'll find you answers if we can!

Q1: Are the items in each box completely different? If someone buys one of each will they get doubles of some items or are they completely separate?
A1: There's some overlap, so it's possible to get the same items from both. The new items are also the same in both. That being said, there's definitely items in the premium box that is not in the standard one.

Q2: If you get a box, do you get a consistent item each day?
A2: Each box is different.

Q3: Do I get 18 items + the 3 new ones for a total of 21?
A3: There are 15 different, random items from each box, and three items are guaranteed to be the new, promotional items for this month. For a total of 18 different items in each box.

Q7: How many premium boxes will be for sale?
A7: There will be 2,500 premium boxes for sale across all servers, total. Regular boxes are unlimited in quantity.

Q8: What are the requirements to purchase the Longest Night Calendar?
A8: An Elyrian pledge package at the minimum is required for purchase of the calendar.

Q9: How will I know when the box has given me an item?
A9: You will get a PM each time an item is added to your inventory from the calendar. It will identify what item you received.

Ahhhh, I do love surprises. 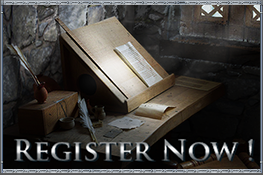 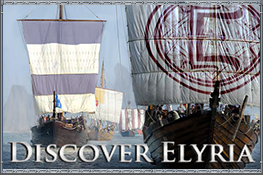